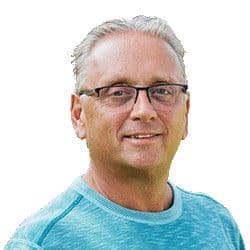 As youngsters, we were taught that magnetism is an energy force on Earth. Each atom contains a nucleus around which revolve positively and negatively charged protons and electrons, generating a magnetic field. Ancient cultures investigated positive and negative magnetic fields for hundreds of years leading to the discovery of magnetic therapy. In Traditional Chinese Medicine (TCM), for instance, it is thought that an equilibrium of these positive and negative forces known as Yin and Yang signifies optimal health.

When we talk about magnets, we're not referring to the kind found on refrigerator doors but rather a bio magnets, which are magnets designed to aid in physical and mental recovery. Bio magnets are termed after biomagnetism, the study of magnetism.

The utilization of magnets for pain relief is becoming more common among the general public. Despite their prominence, there is a shortage of scientific data to support magnets' therapeutic value. Traditional physicians are still suspicious about the advantages of magnets. Despite this legitimate public mistrust, the article aims to give unbiased, accurate information on magnets. So, keep on reading to know all there is about magnetic therapy.

What exactly is Magnetic Therapy?

So, what exactly is magnetic treatment, and how is it used? Magnetic therapy/treatment is the application of magnets to the body to affect any type of physiological change. The most well-known type of Biomagnetic therapy is static field magnetic therapy. It entails putting magnets in contact with the skin, which has resulted in the creation of magnetized bracelets, jewelry, and specific mattress pads. Electromagnetic treatment employs the use of electrically charged therapeutic magnets to create an electromagnetic field.

Magnetic treatment theories mention the fact that molecules have their own little magnetic fields caused by the modest electric charge that these molecules contain. Unbalances in this magnetic field may occur in certain situations. You may be able to enhance your wellbeing by reharmonizing the body's electromagnetic field with magnetic treatment. Alternatively, molecules transport charged ions like calcium and potassium, which are required for appropriate cell signaling and communication. Utilizing a magnetic therapy device may change how these ions work, perhaps enhancing some biological activities.

Magnet treatment uses static magnets placed straight on the body, usually over painful areas. In contrast to an electromagnetic coil, a static magnet is a typical permanent magnet. Static magnets are either taped to the body or incorporated in specifically developed goods like belts, wraps, and mattress cushions.

Static magnets are available in various strengths. Gauss and tesla are the units used to measure magnet strength. A tesla is equivalent to 10,000 gausses. A refrigerator magnet, for instance, has a gauss of about 50. Therapeutic magnets range in strength from 300 to 5,000 gauss.

Therapeutic magnets are classified into two categories based on their polarity: unipolar magnets and alternating-pole magnets. Magnets with north on one side and south on the other are referred to as unipolar magnets, which is a bit puzzling. Bipolar magnets, also known as alternating-pole magnets, are formed from a plate of magnetic material with north and south magnets organized in an alternating pattern, such that both north and south touch the skin. Because alternating magnets tend to counter each other, this sort of magnet produces a lesser magnetic field. There are many different points of view on which one is preferable and beneficial.

So, Does Magnetic Therapy Really works?

As with any alternative therapy, some individuals swear by the therapeutic properties of these magnets. Magnets are commonly used in the magnetic treatment and may be found in bracelets, pendants, rings, shoe inlays, and even clothes. On the other hand, critics believe in no such foolishness and believe that all advantages are based only on the placebo effect. So, the question still remains how effective is magnetic therapy?

Well, you can decide the answer by yourself, and to help you with that, here is a famous study by the University of Virginia on magnetic therapy and if it really works.

A Study on Magnetic Therapy from the University of Virginia

After years of inconclusive results, two University of Virginia investigators – Thomas Skalak, scholar and chair of biomedicine engineering at the University of Virginia, and Cassandra Morris, former Ph.D. student in biomedical engineering – decided to delve deeper into the scientific knowledge behind magnetic therapy. They first used rats to study the effects of magnetic treatment on microcirculation (blood flow through tiny blood arteries).

They used magnets with a field strength of 70 milli Tesla (MT) near the rats' blood arteries and discovered that the energy had a substantial effect. The dilated vessels contracted while the constrained vessels dilated, showing that the magnetic field might promote vessel relaxation in areas with confined blood supply, resulting in increased blood flow.

This significant discovery prompted them to conduct their second study. Because dilatation of blood vessels is frequently the primary cause of inflammation at locations of soft tissue injuries, restricting the blood flow in such places might potentially minimize swelling. Their findings, which were published in the November 2007 issue of the American Journal of Physiology, were positive.

To simulate tissue damage, the researchers applied inflammatory agents to the hind paws of rats in the experiment. The paws were then treated with magnetic treatment. As per the study, Magnets can considerably decrease the swelling of wounded tissue and hasten to heal.

Magnetic therapy is a growing and under-study field of medicine that utilizes the strength of magnets to provide effective treatment. While the latest study is new, magnets have been utilized in medicine for millennia. Over 2,000 years ago, Asian and European traditional healers believed that magnets could actively draw toxins and illnesses from the body. So, are magnets truly effective for relieving pain? You may get some benefits, but it is unclear if the treatment will provide any advantage above and beyond what a placebo might provide. Only more scientific research can provide an answer to this topic. Avoid utilizing magnets if you have a pacemaker or another implanted medical device, such as a defibrillator, insulin pump, or chemotherapeutic infusion pump. They may obstruct the operation of this equipment.

Welcome to my website, I'm here to help you heal yourself! I've led a great life but had many obstacles to overcome along the way! I'm a certified Emotion Code and Body Code Practitioner plus a Reiki Holy Fire III Master Teacher. As a Life Coach and Energy Healer, I help people find more happiness, health, and abundance in life! I'm originally from the state of Iowa but now live in beautiful southwest Florida. I'm here for you, contact me today! 3 Proven and Effective Ways to Heal Yourself Emotionally

We all experience emotional pain from time to time, whether it’s from a traumatic event How Does Self Healing Work?

We all battle mental or physical health issues from time to time. Learning how to As an adult, you’ve probably dealt with considerable emotional stress and pain. This isn’t limited 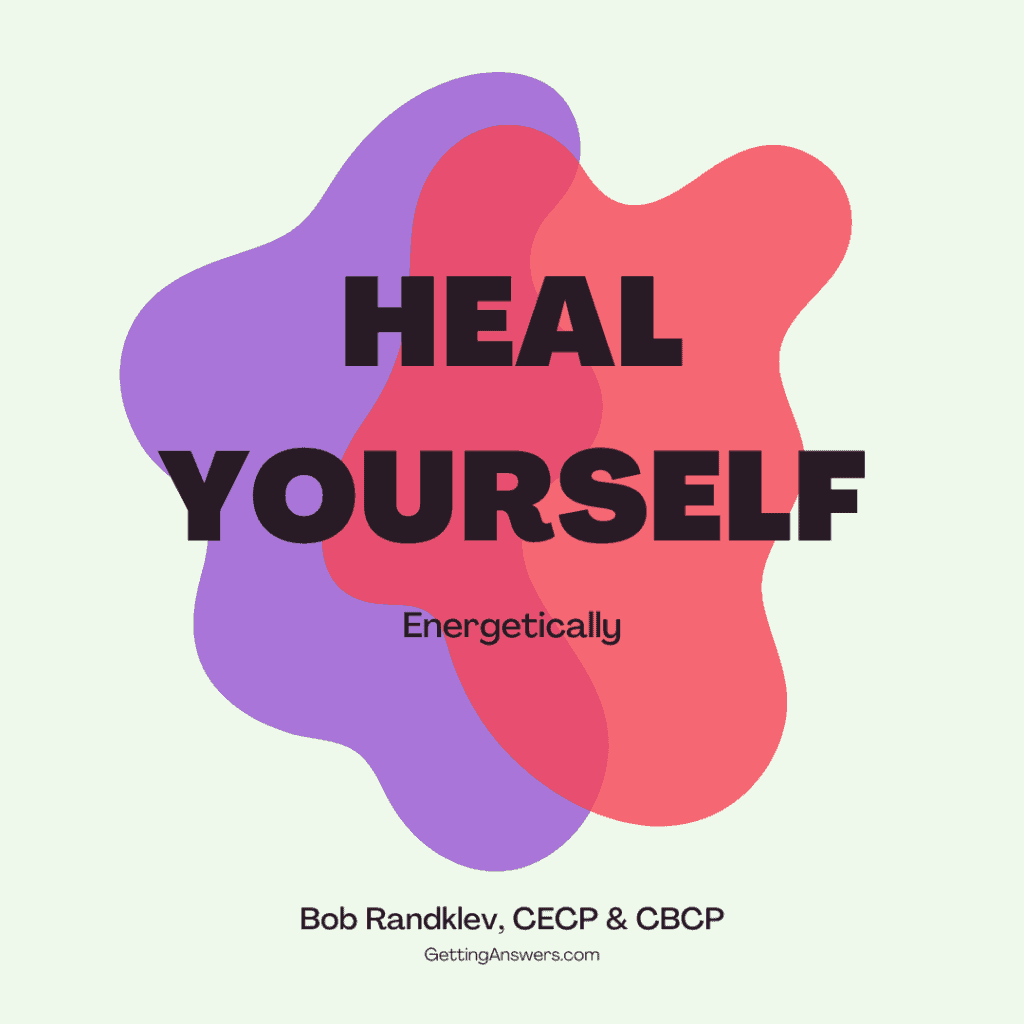 Learn How to Heal Yourself!

After years of helpnig clients, I've created a 4 part course to heal yourself energetically.
Download the first lesson free and start today!

Made with ❤️ at Cyber Innovation

Medical Disclaimer: The information in this website is not intended to replace a one-on-one relationship with a qualified health care professional and is not intended as medical advice. It is intended as a sharing of knowledge and information from the research and experience of Bob Randklev, GettingAnswers.com and the experts who have contributed.We encourage you to make your own health care decisions based upon your research and in partnership with a qualified healthcare professional.

GET THE EMOTION CODE CHART PACKAGE VIA EMAIL

Receive a copy of The Emotion Code chart, definitions of the emotions, and free information about heart walls and energy healing!

Sent to your email inbox Get the Emotion Code Chart Package sent to your inbox

Receive a copies of the charts, definitions of the emotions as well as other free information about energy healing!